The potential advantages of using a poly(HPMA) brush in urinary catheters: effects on biofilm cells and architecture

Infections related to bacterial colonization of medical devices are a growing concern given the socio-economical impacts in healthcare systems.

Abstract: Infections related to bacterial colonization of medical devices are a growing concern given the socio-economical impacts in healthcare systems. Colonization of a device surface with bacteria usually triggers the development of a biofilm, which is more difficult to eradicate than free-floating or adhered bacteria and can act as a reservoir for subsequent infections. Biofilms often harbor Viable but nonculturable (VBNC) cells that are likely to be more resistant to antibiotic treatment and that can become active in more favorable conditions causing infection. Biofilm formation is dependent on different factors, chiefly the properties of the surface and of the surrounding medium, and the hydrodynamic conditions. In this work, the antifouling performance of a poly[N-(2-hydroxypropyl) methacrylamide] (poly(HPMA)) brush was evaluated in vitro in conditions that mimic a urinary catheter using Escherichia coli as a model organism. The results obtained with the brush were compared to those obtained with two control surfaces, polydimethylsiloxane (PDMS) (the most common material for catheters) and glass. A decrease in initial adhesion and surface coverage was observed on the brush. This antifouling behavior was maintained during biofilm maturation and even in a simulated post-bladder infection period when the reduction in total cell number reached 87 %. Biofilms were shown to adapt their architecture during that period and VBNC cells adsorbed weakly on the brushes and were completely washed away. Taken together, these results suggest that the use of the poly(HPMA) brush in urinary tract devices such as catheters and stents may reduce biofilm formation and possibly render the formed biofilms more susceptible to antibiotic treatment and with reduced infectivity potential. 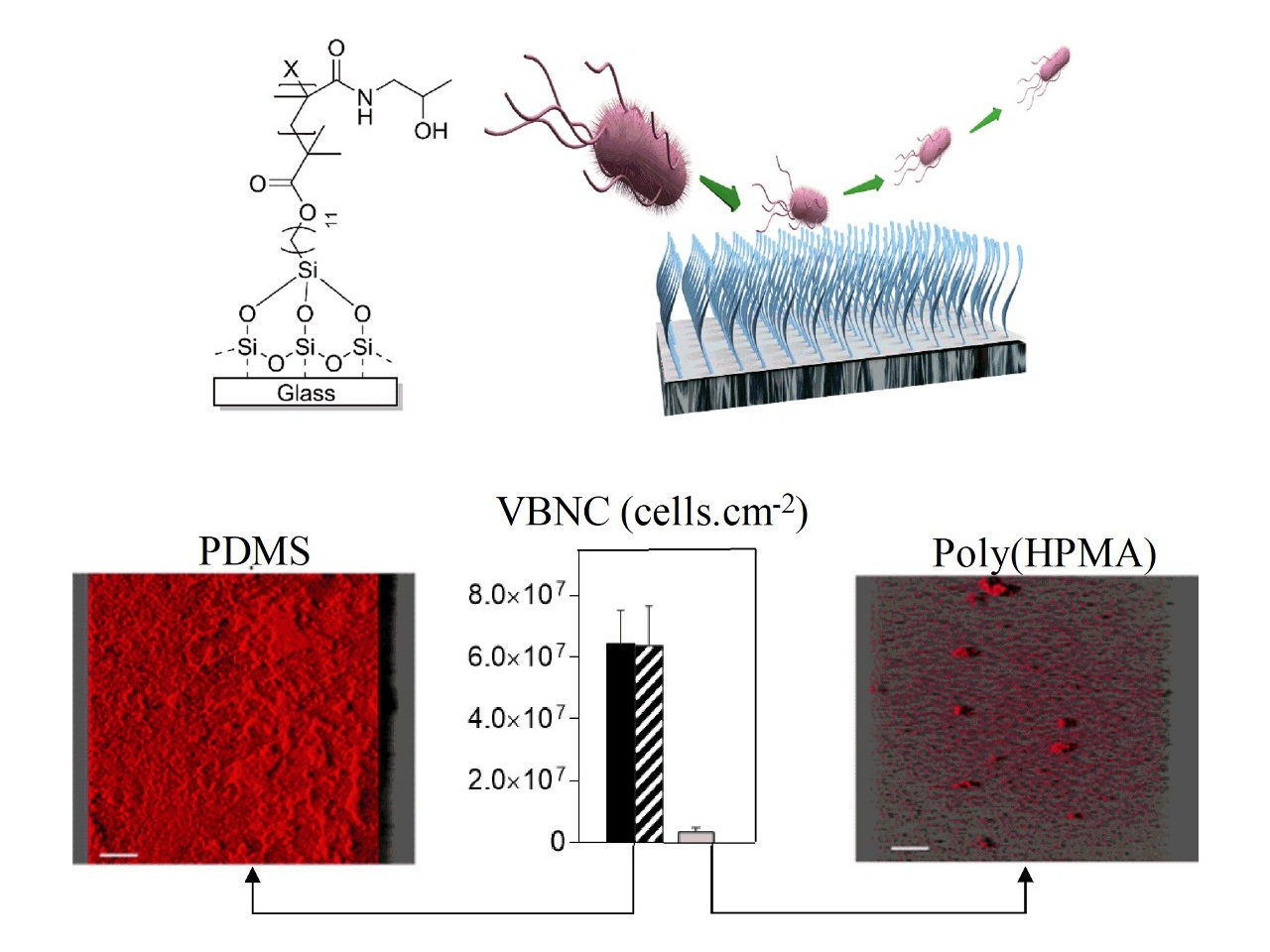 We are processing your form, please wait.